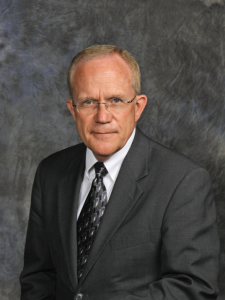 Saved between his junior and senior years of high school, David Harper graduated from Tucson High in 1965. Hungering for the Word of God as a new babe in Christ, he attended Prairie Bible Institute in Alberta, Canada and subsequently completed the four-year Bible Missionary Training course in 1969.  After graduation he moved to Wimer, Oregon and served as Minister of Youth & Music at Evans Valley Bible Church until 1972 when he moved to Bob Jones University where he earned a Bachelor of Science Degree followed by a Master of Arts Degree.   From 1978 to 1983, he served on the faculty of Bob Jones University.  In 1983, he and his family moved to Bowling Green, Kentucky to plant Heritage Baptist Church where they served for 9 years.  In 1992, the Lord led them to Wakarusa where Pastor Harper assumed the Senior Pastor position at Bible Baptist Church. It has been a “good fit” for the Harper family and the folks at Bible Baptist.  The church has experienced growth and blessing over the last 24 years as pastor and people serve together.  God’s gracious hand has been evident in this ministry and the future of Bible Baptist Church is as bright as the promises of God.  Pastor Harper is married with one adult daughter.