Home / Pastor's Blog / Humility—and How Christ Modeled It for Us

Most of us have heard the old saying, “The moment you realize that you are humble, you’ve lost your humility,” but is that statement really true? Think about it.  Jesus said:  “…I am meek and lowly in heart…” Did He lose His humility when He recognized it? Does the Lord convict us of pride when we consciously delight in the knowledge that we are humbly walking with Him in joyful obedience?

The Apostle Paul was conscious of his own humility when he said “…I am crucified with Christ…” and he added “…nevertheless I live…”  Think about it. Self-consciousness is not equal to sinful pride, self-centeredness is.  When we become aware that we are walking humbly with the Lord we should experience joy—not guilt!

So how can we know that we are humble? Jesus is our model.  The Son of God demonstrated the epitome of humility by becoming a man and sacrificing Himself for us, and He also manifested His humility throughout His entire life on earth.  Our daily lives should resemble His.

Consider Jesus as a learner. Though we cannot fully comprehend the reality of Jesus possessing both the divine and human natures, He is indeed fully God and fully human. As a human, He “increased in wisdom…” That’s right, Jesus learned things. At twelve years old He spent time in the temple with theologians “both hearing them, and asking them questions.” He was learning because He was teachable, and He was teachable because He was humble. Do you know pastors or Christian leaders who have all the answers…for everything? It doesn’t seem to occur to these men that something could occur to them! They fancy themselves as being unable to learn—even from other spiritual leaders. They even regard themselves above needing to learn anything from the “common folks” in their congregations and organizations.  Now here’s the truth. Pastors and other leaders should learn from pastors and other leaders; but we should also learn from lay people. Many of us are blessed with godly laypeople who have sat at Jesus’ feet for decades.  We can learn from the examples and admonitions of these saints—that is, if we are…well…you know…HUMBLE. And we can be comforted with the fact that learning from others does not require us to surrender our God-given authority as Christian leaders—it just requires us to be like Jesus.

Consider Jesus as a child. By submitting to Joseph and Mary, He lived humbly under imperfect, human authority. Christian leaders must do the same. We must function under church constitutions and alongside board members and co-laborers that are light-years from perfection; they are like us. We need to remember that submitting one to another in the fear of God is not a bad thing; it is a Spirit-filled thing. (Eph. 5:21) It is being like Jesus.

Consider Jesus as a member of society. Though not a Roman citizen, He lived humbly and righteously under Roman rule. He did not circumvent civil authority. Have you ever heard pastors laughing and joking about breaking traffic laws? How many Christian leaders are guilty of ignoring ordinances, laws, building codes, etc. because we are “doing the Lord’s work”?  Is that being like Jesus?

Consider Jesus as a teacher. When the disciples cast their nets on the other side of the boat and hauled in a humongous harvest, Jesus didn’t say, “I told you so!”  Instead, He used the occasion as a positive teaching opportunity by saying: “Fear not; from henceforth thou shalt catch men.” When a lawyer tempted Jesus with a question about eternal life, Jesus could have curtly rebuked him. Instead, Jesus carefully instructed him, and then, in answer to the man’s question (“Who is my neighbor?”), Jesus took the time to tell the story of the Good Samaritan.  Because Jesus was humble, He generously (and gently) invested Himself in people.  He fed the sheep; He didn’t fleece and flog them.  I am reminded of a statement that Pastor Jesse Boyd at Mount Calvary Baptist Church in Greenville, SC made several decades ago.  He said, “The pulpit is not a whipping post; it is a feeding trough.”  Now there’s a humble spirit.

Consider Jesus as a Prophet. Though He was gentle and patient, He was consistently bold in His unwavering declaration of truth.  In the synagogue at Nazareth (His hometown) He read from Isaiah 61 and then claimed to be the fulfillment of that prophecy. In answer to the Pharisees’ questions about Sabbath prohibitions He boldly declared, “…the Son of man is Lord also of the Sabbath.”  Examples of His boldness are abundant. A fair question to ask is: “Why was He so bold?” We must not say, “Jesus was often bold but at times He was humble.”  We should rather say, “The humility of Jesus was the well-spring from which His boldness flowed.”  Godly boldness is not a personality trait; it is a fruit of the Spirit. “…the righteous are as bold as a lion.” (Proverbs 28:1) Who are “the righteous?”  They are believers who have a conscious and accurate assessment of themselves and they therefore walk in the light—humbly before God. Genuine humility makes them bold, and their authentic boldness carries with it a sense of God’s authority.

Consider Jesus as a Son.  We know from the Gospel narratives that He often prayed. Why did He do so? He prayed often because He was dependent upon His Heavenly Father. He was not self-sufficient. Self-sufficient people don’t pray much—dependent people do. Dear Reader, if you find yourself praying often, rejoice! That’s one indication of a humble walk with God. But if you do not pray much, well…be honest enough to connect the dots.

Here’s the bottom line: We do not become sinfully proud when we recognize that we are humble. Obviously we should have a healthy fear of pride, but when we notice in our lives the presence of attitudes and actions that were also in Jesus’ life, we should not try to expunge that realization from our minds. We should instead enjoy the occasion and ask God to enable us to continue to be like Jesus.

Comments should be sent to: seniorpastor@bbcwaky.com 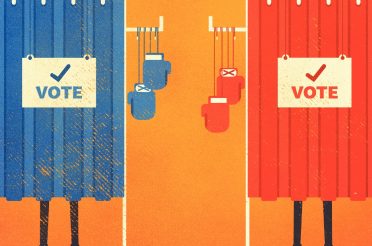