Home / Pastor's Blog / Does Anybody Care About Truth?

Several years ago, I received a letter from a Christian radio station that was advertising an event called “Party With God.”  This party was to be held at a prominent location in Indiana and would feature Christian rock celebrities such as The Newsboys, The Supertones, and Audio Adrenaline.  I am sure that teens from many churches attended this exciting event (that cost only $23 per person for admission). No doubt, many pastors and youth workers labored diligently to involve as many of their young people as they possibly could. And why shouldn’t they—this was an event promoted by Christians concerned with Gospel truth, right? Well, I will give them the benefit of doubt and answer, “yes”—but I will also ask you to invest a few moments of your time to take a closer look.

Though I do not endorse or promote CCM, the music itself is not the primary concern of this particular editorial. Nor is the subject of this present article concerned with the “party” theme advertised by the radio station.  In fact, many Christians need to be more exuberant and expressive with reference to their faith and joy in the Lord.  What would be wrong with that?

The specific focus of this editorial is Gospel TRUTH.  Does anyone really care about truth?  Is anyone concerned about the importance of the finished work of Jesus Christ on the cross?  Does it alarm anyone that many professing Christians are brushing aside this essential teaching of Scripture in order to obtain “unity” with people who do not believe this important biblical doctrine?  Let me explain.

The Bible teaches that Jesus Christ is the only way to Heaven—that simple faith in Jesus Christ (apart from works and church ceremony) is what brings salvation to the guilty, helpless sinner.  (Eph. 2:8,9) The Bible teaches that Jesus is the only Mediator between God and men.  (I Tim. 2:5) We need no one else (or nothing else) for our salvation.  These are basic truths—accepted by all born-again believers.

Now, do the members of the three music groups that I mentioned actually believe these fundamental truths?  Presumably so, but if they do believe them, they do not live consistently with their faith—and consequently, they place a stumbling block in front of others. Here is one example.

When the Pope visited the United States in January of 1999, many Catholics welcomed him at a special rally.  Who performed at that rally?  If you guessed “Audio Adrenaline” and the “Supertones,” your guess is correct.  They performed in honor of the man who claimed to be God’s authoritative representative on earth—Pope John Paul II.  Do those performers believe (as Pope John Paul II did) that Mary is a co-mediator with Jesus?  Did they receive a rosary on that day (complete with instructions on how to pray to Mary) as did all the other enthusiastic participants?  Did their presence at that rally endorse truth or error? Does anybody really care? Here’s another example.

In 1997, Kathy Troccoli put together an album called “Love One Another.” (Incidentally, the title song of this album is owned by a secular corporation and copyrighted [1996] by Sony/ATV Songs, Tree Publishing, Pants Down Music, and Radioquest Music Publishing.) The theme of the album was “Christians from all denominations demonstrating their common love for Christ and each other.” This album involved approximately 40 CCM artists—some of whom were Catholics.  (Nothing against individual Roman Catholics here, just the concern that the Roman Church rejects Jesus as the only Mediator—and therefore rejects God’s plan of salvation.)  Phil Joel (of the Newsboys) was one of the recording artists involved with this album.  Now, which Christ was Phil exalting?  Was it the Christ that shares glory with Mary?  Was it the Christ that helps folks earn their way to Heaven by their own efforts?  Or was it the biblical Christ—the only Mediator between God and men—the One Who fully paid for all of our sins?

Granted, the illustrations of compromise that I’ve cited in this article are old examples, but the tradition of doctrinal compromise is being perpetuated by people like Matt Maher, a Roman Catholic performer that is accepted (and defended) by many protestant, evangelical Christians.

Some folks contend that this is only a minor point of doctrine. They say that we should not split theological hairs over this because it damages unity among believers. Well, I am sure that God is grieved when true believers cannot get along with each other.  No doubt,disunity among brothers in Christ is a stench in the nostrils of God Almighty.  But so is false unity—unity that is not based upon truth.  Jesus Christ is the TRUTH.  Should we unite (in religious events) with folks who do not believe in the Biblical Jesus?  How does this help the cause of genuine truth?  Remember, Paul warned about “another Jesus.” (II Cor. 11:4) We need to ask ourselves, “Do these ecumenical/musical gatherings promote ‘another Jesus’ or do they declare the true character and purpose of the Lord Jesus Christ of the Bible?”

Among many CCM artists (who are perceived by many Christians as great, Christian leaders) there is a woeful lack of discernment.  Read the following statement by Mark Stuart of Audio Adrenaline.  Judge for yourself as to whether you think this statement accurately reflects the true character of the Lord Jesus Christ. He said:  ” … the only difference [between rock and Christian rock] is the lyrics…and then the difference is sometimes subtle … at the basic root, there’s no difference … Christianity is about rebellion. Jesus Christ is the biggest rebel to ever walk the face of the earth … He was crucified for his rebellion. Rock ‘n’ roll is about the same thing–rebellion … to me Rock and the Church go hand in hand.” (The Pensacola News Journal, Pensacola Florida, March 1, 1998.) Dear reader, is this the message of the Bible?  Was Jesus Christ crucified because of His rebellion?  I thought the Bible says that men crucified Him because He claimed to be God. (John 5:18)

Why would a Christian radio station showcase performers who do not consistently stand for the unadulterated truth?  Why would evangelical churches promote and support such a radio station?  And why would born-again Christians purchase music produced by these non-discerning, compromising performers? Hello out there . . . does anybody really care about truth?

The Apostle Paul did. On one occasion, Peter (by his associations, not by his words) cast doubts regarding the biblical doctrine of justification by faith alone—and the Apostle Paul publicly rebuked him.  Read about it in Galatians 2:11-16.

The Apostle John cared.  He said, “Whosoever transgresseth, and abideth not in the doctrine of Christ, hath not God…If there come any unto you, and bring not this doctrine, receive him not into your house, neither bid him God speed: For he that biddeth him God speed is partaker of his evil deeds. (II Jn. 9-11)

Does anybody really care about truth?  Thankfully, the answer is “yes”.  And I believe that many of these wonderful folks (when properly informed about the issues) will lovingly but decidedly withdraw their support from activities and events that promote theological confusion and false doctrine.  What about you?  Do you care?

If I profess with the loudest voice and clearest exposition every portion of the truth of God except precisely that little point which the world and the devil are at that moment attacking, I am not confessing Christ, however boldly I may be professing Christ. Where the battle rages, there the loyalty of the soldier is proved; and to be steady on the entire battlefield besides, is mere flight and disgrace if he flinches at that point. –Martin Luther (1483-1546) 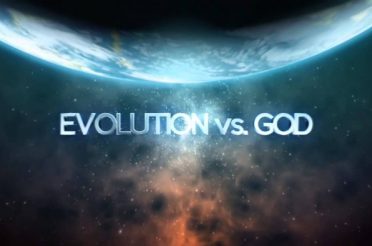 Richard Dawkins is a famous British scientist that is adamantly opposed to religion and rabidly... Read More

Most of us have heard the old saying, “The moment you realize that you are... Read More